Please turn your device to portrait for the best viewing. 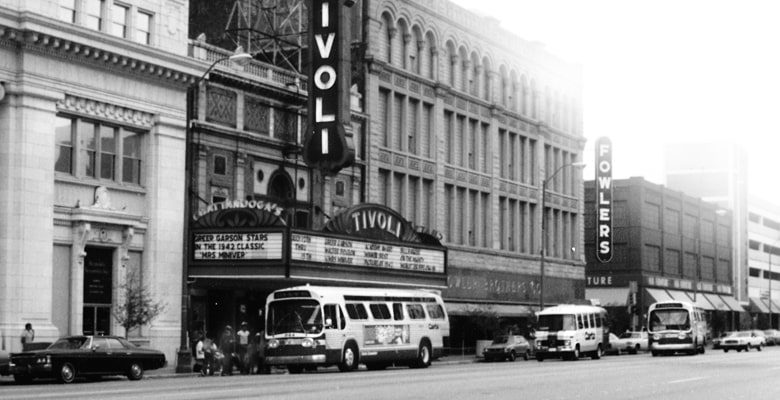 The Chattanooga Area Regional Transportation Authority (CARTA) is the public transit system in Chattanooga, Tennessee. Our mission is to provide a cost effective, efficient and safe multimodal transit system for the citizens, visitors and businesses of the City of Chattanooga, Hamilton County and the surrounding areas. CARTA has provided safe, dependable and efficient transportation service to our community for over 40 years! Unlike many other public transit systems, CARTA is more than just bus service. In addition to providing traditional fixed route public transportation, the CARTA Care-a-van provides specialized transportation for the disabled. CARTA operates the Lookout Mountain Incline Railway, the steepest passenger railway in the world. CARTA initiated the downtown parking system that includes three parking garages with convenient access to our shuttle system, on street metered parking, and parking lots; initiated the Downtown Electric Shuttle system that has one of the largest fleet of electric buses in the United States; and enforces the city of Chattanooga’s parking operations. CARTA carries over three million passengers annually and our funding sources include the city of Chattanooga and Hamilton County governments, state and federal governments, bus fares, revenue from the Lookout Mountain Incline Railway, and revenue from the parking operations.

Public transportation first arrived in Chattanooga on September 4, 1875, when the entire city came to see the first horse-drawn trolley cars that ran up Market Street from the Tennessee River to what is now Martin Luther King Boulevard.

Electric streetcars replaced the horse-drawn trolley cars in 1889. Both streetcars and motor buses were used until 1941, when Southern Coach Lines took control of transit activities. The last streetcar line was discontinued shortly after the end of World War II.

Since purchasing the assets of Southern Coach Lines in 1973 and creating CARTA, the 11-member Board of Directors, representing the communities the authority serves, has guided public transit in the Chattanooga area to where today, CARTA has a world wide reputation for innovation and excellence. Besides operating one of the country’s largest electric vehicle fleets, CARTA has been involved in numerous research projects including the testing of tires for minimizing rolling resistance, solar panels on the buses, gas turbines, alternative battery chemistries, inductive charging, hydrogen auxiliary power units, and consulting for national and international governments interested in electric bus technology.

CARTA wants to serve you better and is looking at our entire system to best meet your needs. The CARTA Redesign study is a year-long planning study led by CARTA in partnership with the City of Chattanooga, the Regional Planning Agency, and many community partners to analyze the current CARTA fixed route bus service and recommend changes to the system.

Our subscription-based text alert system delivers important CARTA information directly to your mobile device. To receive these alerts just provide us with your name and a valid mobile phone number. It’s that easy!